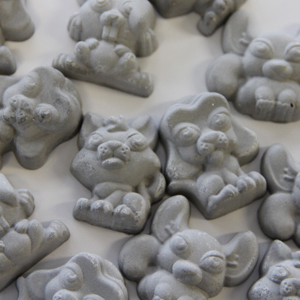 Detectable plaster is basically standard plaster with a concentration of very fine iron-oxide powder added to it. It has the same favourable qualities as standard white plaster, so it can be produced quickly and economically, but one important quality is added: detectability.

The added iron-oxide powder in its purest form is also known as E172 and can be used as a colouring agent in your product. This addition leaves all the usual qualities of standard plaster intact, so it has the same printing quality as standard plaster, but it adds detectability.

* For the tests, a metal detector was used that is widely used in the confectionary industry. It was operated with regular settings. The smallest detected parts correspond with a 1,0 mm iron ball (REF No F495), phase 3 degrees, sensitivity 95%, work frequency 300kHz (medium) and the used transit size was 350 x 150 (painted detector head). The tests were assessed in close collaboration with Safeline, part of Mettler-Toledo.